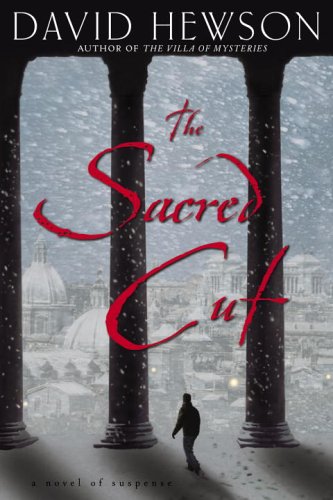 A young Iraqi refugee named Laila provides both the heart and the McGuffin in Hewson's elegant new thriller, the third featuring tough Roman detectives Gianni Peroni and Nic Costa ( and ). Laila inadvertently witnesses a brutal murder in Rome's Pantheon and earns the guardianship of the top cops. Childless pathologist Teresa Lupo becomes a surrogate mother to the waif as the team slowly closes in on the killer. The position of the naked corpse suggests Leonardo da Vinci's , and carvings on the victim's flesh depict the mystical symbol of the novel's title. The novel seems headed for Dan Brown territory, but Hewson's clever puzzle remains just that, a tantalizing challenge to the detectives and to the encroaching FBI, led by abrasive agents Joel Leapman and Emily Deacon. The perp, it seems, is a serial killer who has similarly carved several victims around the world. Though the novel unfolds via familiar genre conventions—creepy passages from the killer's perspective revealing equal parts of evil and genius, turf skirmishes between our Roman heroes and the FBI suits, imperiled female victims—Hewson's solid writing and multidimensional characters command attention from start to finish of this smart, literate thriller.