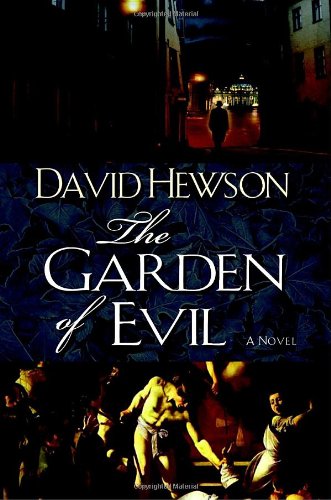 The Garden of Evil

At the outset of this dark jewel of a thriller, Hewson's sixth to feature Roman detective Nic Costa (after ), Costa and his team are just starting to process a crime scene in an artist's shabby studio, where two corpses lie sprawled before a painting of a rapturous female nude redolent of Caravaggio, when they flush out a hooded gunman. The gunman escapes in the ensuing chase, but not before shooting dead Costa's wife of three months, former FBI agent Emily Deacon. While Costa is taken off the case, his rule-bending boss finds a way for him to help on the sly, assisting the unusual art expert—young Sister Agata Graziano—called in to investigate whether the canvas could really be a Caravaggio and what light it might shed on the murders. You don't have to be much of a sleuth to foresee danger for Sister Agata, but that's about the only predictable element in a plot otherwise as serpentine—and suspense filled—as the ancient Roman byways through which Costa stalks his prey.