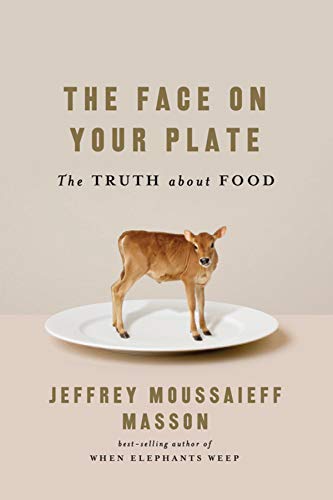 The Face on Your Plate: The Truth About Food

“Each bite of meat involves the killing of an animal that did not need to die,” Masson ( ) reminds readers, and if the advocacy of a completely vegan diet (neither milk nor eggs, in addition to giving up meat and fish) is not particularly new—even Masson acknowledges that he is following the path laid out by authors like Temple Grandin and Michael Pollan—the passion with which the argument is made is immediately apparent. Masson explains the scientific background in simple, effective prose, pointing to the vast environmental damage caused by the modern agriculture-industrial complex, then slams the emotional point home by underscoring the plaintive cries of a calf separated from a mother cow or the psychological stress that hens endure when thrust into small cages. Masson argues that a vegan diet is sufficient to provide us with all the nutrients we need to thrive, using his own daily menus as an example, but his most powerful argument calls upon the power of empathy and a refusal to put animals through suffering. It probably won't convert many confirmed meat eaters, but it should provoke serious deliberation about how our food choices reflect our values.