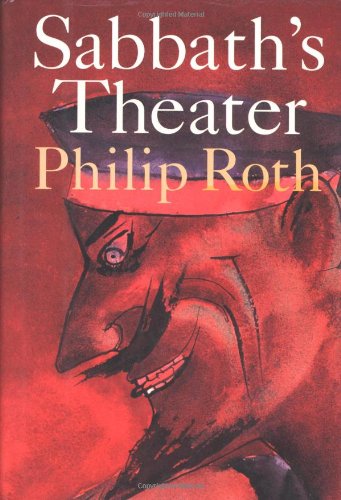 Those who feel that Roth's last few novels, brilliant as they often were, have been excessively cerebral and self-referential, can relax at the prospect of his latest. For this is Roth in full sardonic, outrageous cry--a sort of Portnoy for a later generation, gonads miraculously intact, but with an overlay of hard-won wisdom, celebration and regret. Mickey Sabbath is an elderly relic of the diabolical young puppeteer who was once arrested for coaxing a young Columbia student's breast out of her blouse with the sheer effrontery of his insinuating performing fingers. Now, living in obscure poverty in New Hampshire with a wife who's in aggressive recovery from the alcoholism to which he has driven her, he is reviewing his life--and continuing to act on his remarkable principles, which exemplify what one of his few remaining friends calls ``a remarkable panegyric for obscenity.'' He has had a deliriously erotic relationship with Drenka, the concupiscent wife of a local Yugoslavian innkeeper, and her sudden death from cancer quite undoes him. His involvement with a student at a college where, unwisely, he had been hired to teach theater arts led to an erotic phone-sex tape that is being widely bootlegged; and when he goes to New York to attend the funeral of an old colleague, he ransacks the dresser drawers of his indulgent host's teenage daughter, reveling in her saucy underthings and seeking the risque Polaroids he knows all young girls keep somewhere; he also does his best to seduce the man's wife. Not, one would think, a sympathetic subject, and at first Mickey's overwhelming misanthropy and obsessive eroticism make the reader uneasy. Soon, however, Roth's insidious skill at deeply involving the reader in a seemingly alien world begins to work its magic. Mickey's memories of the death of his cherished older brother in WWII and his growing up on the Jersey shore; a visit he pays to a centenarian uncle; and the way he picks out a grave in the ratty Jewish cemetery where his family is laid--these are passages that could only be the work of a master novelist, profoundly funny, poignant and human. By the time Mickey has said goodbye to Drenka, in one of the most moving--and perverse--deathbed scenes in literature, then been arrested by her policeman son for lovingly urinating on her grave, it is clear there is nothing Roth cannot accomplish--and somehow turn into a seriocomic affirmation. This is a book that will shock and delight in equal measure, the summit of a remarkable literary career. Major ad/promo. (Sept.)
close
Details