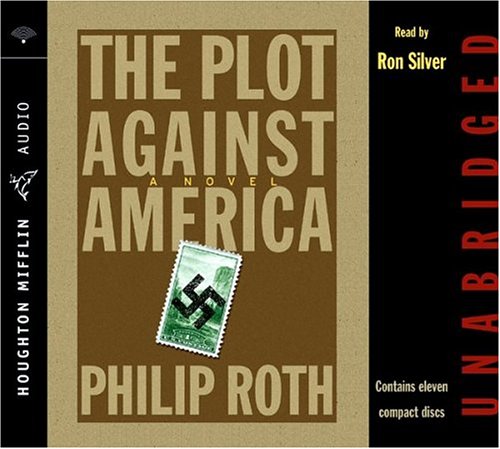 THE PLOT AGAINST AMERICA

Veteran actor Silver turns in a pitch-perfect rendering of Roth's novel about an America in which the staunch isolationist and purported anti-Semite Charles Lindbergh defeats Franklin Roosevelt in the 1940 presidential election. Lindbergh's victory draws a dividing line in the country, as well as within the Newark, N.J., neighborhood—and household—of the book's young Jewish narrator, who is also named Philip Roth. Silver's experience on both stage and screen shines through in his excellent pacing and subtle yet resonant characterizations. He certainly possesses a knack for the East Coast Jewish accent that the book demands, but he much more importantly demonstrates an ability to capture a range of people and emotions, from the frustrated bewilderment of a child whose life is thrust into turmoil to the simmering venom his father can invest in the single word "Lindbergh." He also enhances the book's most moving scenes, especially a sad long-distance phone conversation between Philip and his pitiable former schoolmate Seldon, who has been moved to rural Kentucky in a government assimilation program. It is without question one of the finest moments in Silver's delicate, unadorned and wholly genuine performance.