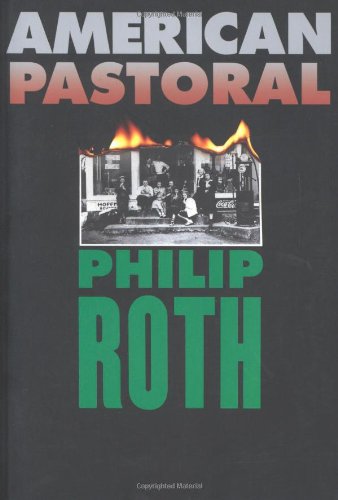 The protagonist of Roth's new novel, a magnificent meditation on a pivotal decade in our nation's history, is in every way different from the profane and sclerotic antihero of Sabbath's Theater (for which Roth won the National Book Award in 1995). It's as though, having vented his spleen and his libido in Mickey Sabbath, Roth was then free to contemplate the life of a man who is Sabbath's complete opposite. He relates the story of Seymour ""Swede"" Levov with few sex scenes and no scatological sideshows; the deviant behavior demonstrated here was common to a generation, and the shocks Roth delivers are part of our national trauma. This is Roth's most mature novel, powerful and universally resonant. Swede Levov's life has been charmed from the time he was an all-star athlete at Newark's Weequahic high school. As handsome, modest, generous and kind as he is gifted, Swede takes pains to acknowledge the blessings for which he is perceived as the most fortunate of men. He is patriotic and civically responsible, maritally faithful, morally upstanding, a mensch. He successfully runs his father's glove factory, refusing to be cowed by the race riots that rock Newark, marries a shiksa beauty-pageant queen, who is smart and ambitious, buys a 100-acre farm in a classy suburb--the epitome of serene, innocent, pastoral existence--and dotes on his daughter, Merry. But when Merry becomes radicalized during the Vietnam War, plants a bomb that kills an innocent man and goes underground for five years, Swede endures a torment that becomes increasingly unbearable as he learns more about Merry's monstrous life. In depicting Merry, Roth expresses palpable fury at the privileged, well-educated, self-centered children of the 1960s, who in their militant idealism demonstrated ferocious hatred for a country that had offered their families opportunity and freedom. After three generations of upward striving and success, Swede and his family are flung ""out of the longed-for American pastoral and into everything that is its antithesis and its enemy--into the fury, the violence and the desperation of the counterpastoral--into the American berserk."" Roth's pace is measured. The first two sections of the book are richly textured with background detail. The last third, however, is full of shocking surprises and a message of existential chaos. ""The Swede found out that we are all in the power of something demented,'' Roth writes. And again: ""He had learned the worst lesson that life could teach--that it makes no sense."" In the end, his dream and his life destroyed by his daughter and the decade, Swede finally understands that he is living through the moral breakdown of American society. The picture is chilling. 100,000 first printing; BOMC selection. (May)
close
Details