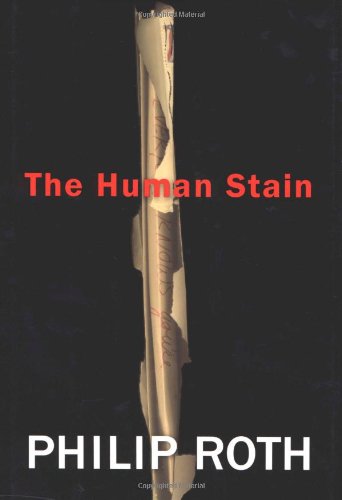 Roth almost never fails to surprise. After a clunky beginning, in which crusty Nathan Zuckerman is carrying on about the orgy of sanctimoniousness surrounding Clinton's Monica misadventures, his new novel settles into what would seem to be patented Roth territory. Coleman Silk, at 71 a distinguished professor at a small New England college, has been harried from his position because of what has been perceived as a racist slur. His life is ruined: his wife succumbs under the strain, his friends are forsaking him, and he is reduced to an affair with 34-year-old Faunia Farley, the somber and illiterate janitor at the college. It is at this point that Zuckerman, Roth's novelist alter ego, gets to know and like Silk and to begin to see something of the personal and sexual liberation wrought in him by the unlikely affair with Faunia. It is also the point at which Faunia's estranged husband Les Farley, a Vietnam vet disabled by stress, drugs and drink, begins to take an interest in the relationship. So far this is highly intelligent, literate entertainment, with a rising tension. Will Les do something violent? Will Delphine Roux, the young French professor Silk had hired, who has come to hate him, escalate the college's campaign against him? Yes, but she now wants to make something of his Faunia relationship too. Then, in a dazzling coup, Roth turns all expectations on their heads, and begins to show Silk in a new and astounding light, as someone who has lived a huge lie all his life, making the fuss over his alleged racism even more surreal. The book continues to unfold layer after layer of meaning. There is a tragedy, as foretold, and an exquisitely imagined ending in which Zuckerman himself comes to feel both threatened and a threat. Roth is working here at the peak of his imaginative skills, creating many scenes at once sharply observed and moving: Faunia's affinity for the self-contained remoteness of crows, Farley's profane longing for a cessation to the tumult in his head, Zuckerman delightedly dancing with Silk to the big band tunes of their youth. He even brings off virtuoso passages that are superfluous but highly impressive, like his dissection of the French professor's lonely anguish in the States. This is a fitting capstone to the trilogy that includes American Pastoral and I Married a Communist--a book more balanced and humane than either, and bound, because of its explosive theme, to be widely discussed. 100,000 first printing. (May)
close
Details