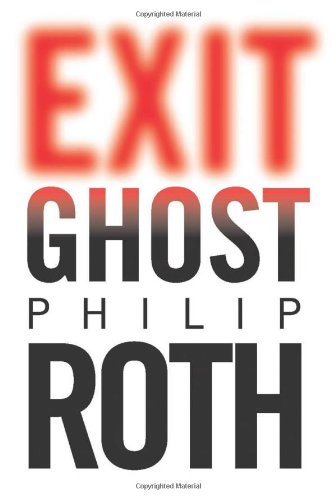 Philip Roth’s 28th book is, it seems, the final novel in the Zuckerman series, which began in 1979 with . A 71-year-old Nathan Zuckerman returns to New York after more than a decade in rural New England, ostensibly to see a doctor about a prostate condition that has left him incontinent and probably impotent. But Zuckerman being Zuckerman and Roth being Roth, the plot is much more complicated than it at first appears. Within a few days of arriving in New York, Zuckerman accidentally encounters Amy Bellette, the woman who was once the muse/wife of his beloved idol, writer S.I. Lonoff; he also meets a young novelist and promptly begins fantasizing about the writer’s young and beautiful wife. There’s also a subplot about a would-be Lonoff biographer, who enrages Zuckerman with his brashness and ambition, two qualities a faithful Roth reader can’t help ascribing to the young, sycophantic Zuckerman himself. As usual, Roth’s voice is wise and full of rueful wit, but the plot is contrived (the accidental meeting with Amy, for example, is particularly unbelievable) and the tone hovers dangerously close to pathetic. In the Rothian pantheon, this one lives closer to than .