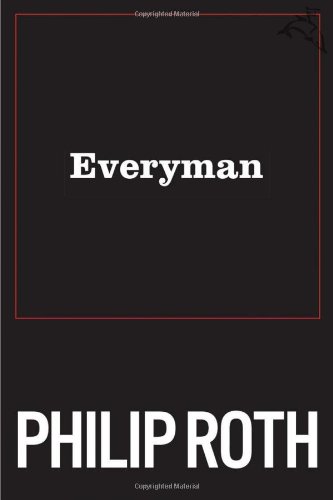 What is it about Philip Roth? He has published 27 books, almost all of which deal with the same topics—Jewishness, Americanness, sex, aging, family—and yet each is simultaneously familiar and new. His latest novel is a slim but dense volume about a sickly boy who grows up obsessed with his and everybody else's health, and eventually dies in his 70s, just as he always said he would. (I'm not giving anything away here; the story begins with the hero's funeral.) It might remind you of the old joke about the hypochondriac who ordered his tombstone to read: "I told you I was sick."

And yet, despite its coy title, the book is both universal and very, very specific, and Roth watchers will not be able to stop themselves from comparing the hero to Roth himself. (In most of his books, whether written in the third person or the first, a main character is a tortured Jewish guy from Newark—like Roth.) The unnamed hero here is a thrice-married adman, a father and a philanderer, a 70-something who spends his last days lamenting his lost prowess (physical and sexual), envying his healthy and beloved older brother, and refusing to apologize for his many years of bad behavior, although he palpably regrets them. Surely some wiseacre critic will note that he is Portnoy all grown up, an amalgamation of all the womanizing, sex- and death-obsessed characters Roth has written about (and been?) throughout his career.

But to obsess about the parallels between author and character is to miss the point: like all of Roth's works, even the lesser ones, this is an artful yet surprisingly readable treatise on... well, on being human and struggling and aging at the beginning of the new century. It also borrows devices from his previous works—there's a sequence about a gravedigger that's reminiscent of the glove-making passages in , and many observations will remind careful readers of both and —and through it all, there's that Rothian voice: pained, angry, arrogant and deeply, wryly funny. Nothing escapes him, not even his own self-seriousness. "Amateurs look for inspiration; the rest of us just get up and go to work," he has his adman-turned-art-teacher opine about an annoying student. Obviously, Roth himself is a professional.