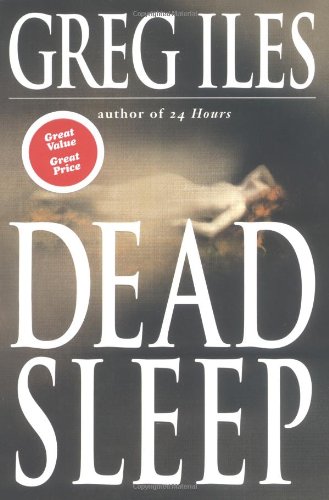 Iles continues to amaze with his incredible range, this time around crafting a complex serial killer novel with the intimacy of a smalltown cozy and the punch of a techno-thriller. As different from and as possible, it scores with surefooted plotting, a diverse cast of characters and perfectly calibrated suspense. An anonymous painter's series of candidly posed nudes called bursts on the art scene, each painting selling in the million-dollar range overnight amid rumors that the models are not sleeping but dead. Beautiful, burned-out war photographer Jordan Glass chances into a show and recognizes the subject of a painting as her identical twin, Jane, who was kidnapped near her New Orleans home and never found. Jordan contacts the FBI agent who handled her sister's case, thereby setting in motion a hunt that ties the paintings to the disappearance of at least 11 New Orleans women. Persuading the FBI task force to add her to the team, Jordan tags along to Tulane University, where evidence points to art department head Roger Wheaton, who has a peculiar terminal illness, and his brilliant but disturbed graduate students. Meanwhile, Jordan falls for damaged FBI agent John Kaiser, and together they link her sister's case to a French expat art collector from Vietnam who knew Jordan's war photographer father who disappeared in Cambodia. Are all the women really dead? Is Jordan's father alive and involved? Is there more than one killer? Iles keeps the reader guessing right up to the double surprise ending, delivering the perfect final payoff his readers expect.