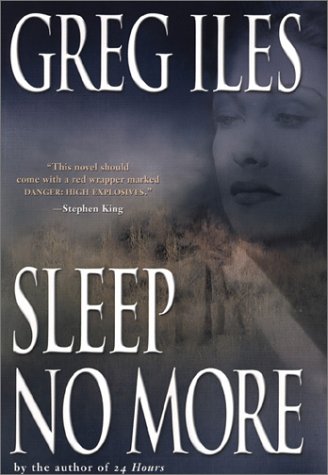 Iles has written some solid, beautifully constructed thrillers (; ), so when his latest seems for page after page to have no logical explanation for its central mystery, we hold on, bide our time and wait for the moment of revelation that will make everything fall into place. Unfortunately, that moment never comes. The puzzle of how a woman who has been dead for 10 years can suddenly appear in the body of another woman turns out not to be a mystery at all. It's a whole other genre—horror or fantasy or science fiction. Iles fans will certainly enjoy the way he once again brings to piquant life his home turf—Natchez and the Mississippi Delta—and creates a character with an actual job. John Waters is a petroleum geologist, and the details of his work are carefully rendered. He's a happily married man of 41 with a bright eight-year-old daughter, although his sex life has all but disappeared in the wake of several disastrous pregnancies. So he's ready to be pushed over the edge by the sudden appearance of Eve Sumner, a 32-year-old real estate agent who seems to know every intimate detail of Waters's youthful affair with the late Mallory Candler—a mentally fragile beauty queen who was subsequently raped and murdered in New Orleans. The game gets really serious when Eve is also murdered. Possibilities abound: John's weak and financially reckless partner might be behind the whole thing, and even Waters's embittered wife could be a suspect. Readers will probably stick around to see how Iles gets himself off the hook, but it's hard to imagine many of them coming away completely satisfied.