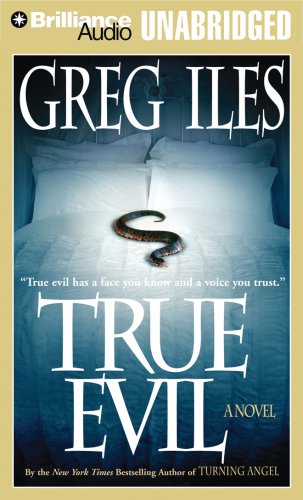 As well-tuned here as he was when he narrated Iles's last Deep South thriller, , Hill takes a smart half-step back from the novel's near-hyperbolic but effective mixture of suspense and spooky science. The plot begins at full gallop, with the smugness of self-satisfied Dr. Chris Shepard shattered by the news from frantic FBI agent Alexandra Morse that his wife has been talking to a divorce lawyer. Not just any lawyer, but one whose clients' spouses, like Morse's sister, die seemingly of natural causes. Über-villain and genius scientist Dr. Eldon Tarver justifies the novel's title by developing deadly and undetectable biological viruses and testing them on unwanted better halves. Iles's characters are almost over-the-top, but Hill captures their personalities without overdoing it. He holds to the pace Iles sets in slowly upping the suspense ante, but he does it in a manner more modulated than breathless, adding to the building tension. When Tarver injects Shepard with a quick-acting cancer virus, Hill renders the event in subdued tones. The effect is as startling as if an insect suddenly flew into your ear.