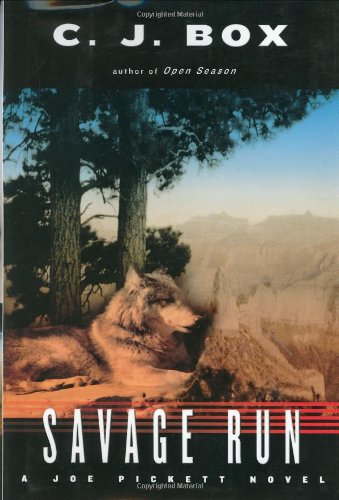 Box's second novel offers more graceful writing than his overhyped debut, (2001), along with a little humor and a more fluid plot line. Wyoming Game Warden Joe Picket is still fallible, his strong sense of duty, honor and justice again naïvely running afoul of the greedy villains bent on misusing the exquisite, vividly described landscape. A pair of well-drawn, unconventional hit men, one a conscienceless killer, are murdering environmentalists. First, a powerful explosion blows up "infamous environmental activist" Stewie Woods and his new wife while they're sabotaging logging in the forest near Saddlestring, Pickett's headquarters. The sheriff thinks it was an accident, but Pickett is unsure. Then a proenvironment congressman, a writer, a lawyer and an animal-rights activist all die under questionable circumstances. When Pickett's wife, Marybeth, who grew up with Woods, receives mysterious phone calls from "Stewie," Pickett starts his own investigation. A spectacular chase through a treacherous, isolated canyon with a secret escape route is well paced and riveting. The suspense ratchets up another notch as Pickett and an unexpected ally confront the man who ordered the crimes. The author shows both sides of environmental issues—the activists' insistence on a pristine natural habitat countered by the Westerners' view of the land as their livelihood—and pulls no punches when describing how humans can brutalize one another. This fine follow-up reinforces Box's status as a first-class talent.