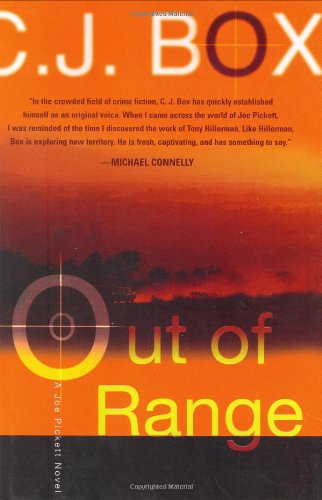 OUT OF RANGE: A Joe Pickett Novel

In Box's taut, suspenseful fifth Joe Picket novel (after 2004's ), the Wyoming game warden is temporarily transferred from his backwater base, Saddlestring, to Jackson, a sophisticated tourist mecca, to replace warden Will Jensen, who apparently shot himself to death. Joe has his doubts about Will's "suicide," but little time to investigate given other distractions: a vast and remote territory to patrol, questionable practices by a hunting outfitter, pressure to approve an exclusive housing development on a wildlife trail and protests by animal rights activists. At home, Joe's contentious wife, Marybeth, deals with mysterious threats and daughter Sheridan's teenage angst. To complicate matters further, Joe's reputation as a hardheaded law enforcer, unwilling to play politics, precedes him. Unusual for the genre, the skillfully orchestrated climax doesn't include a chase and the conclusion is ambivalent. Adept at setting his scenes, physically and psychologically, Box approaches Nevada Barr in his ability to describe the West's natural beauty. With each book he creates plots of greater complexity, but in contrast to his ever more nuanced male characters, his women remain too often flirtatious or angry.