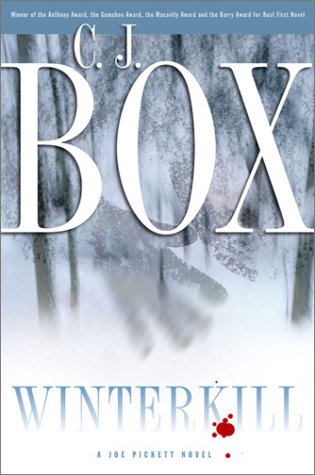 Wyoming game warden Joe Pickett runs into trouble again in Box's third fast-paced novel (after and ), which focuses on the conflict between parental custody and foster care, as well as the growth of "independent nation" cults. As usual, Pickett, though fallible, is the voice of reason and honesty amid a cacophony of greed and evil. During a horrendous blizzard, he finds the body of Lamar Gardiner, "the District Supervisor for the Twelve Sleep National Forest," pinned by arrows to a tree, near seven illegally shot elk. Sheriff "Bud" Barnum suspects a band of misfits, the Sovereign Citizens, which is camping in the forest, among them Jeannie Keeley, the birth mother of the Picketts' foster daughter, April. Pickett suspects locals killed the combative Gardiner. Soon, the little town of Saddlestring is swarming with press, as well as U.S. Forest Service bureaucrats, including the psychotic Melinda Strickland, and two vicious FBI agents. When Pickett learns of a plan to raid the encampment, he resolves to warn the Sovereigns, especially since Jeannie has April there. Box's description of the harsh yet splendid Wyoming landscape is vivid and memorable, his handling of complex social issues evenhanded and unsentimental. But most of his characters tend to be either two-dimensional villains or saints, and in each book the life of a member of Pickett's family is threatened. Box needs to develop more believable characters to realize his potential as an outstanding new talent.