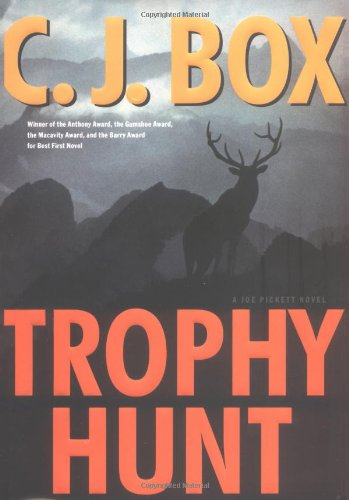 Box's riveting fourth Joe Pickett adventure (after 2003's ) opens on a disturbing note, with the Wyoming game warden's chance discovery of the oddly mutilated body of a moose near his favorite fishing hole. When several mangled cows and two grisly human corpses are added to the macabre menagerie, Joe reluctantly joins a task force to investigate. Bud Barnum, the corrupt sheriff of Twelve Sleep County, attributes the mutilations to birds or a notorious grizzly bear from Joe's jurisdiction, but Joe isn't convinced. Enter paranormal expert Cleve Garrett, who zealously follows mutilation and alien sightings in his recreational vehicle laboratory. Despite ridicule from the task force, Joe interviews Garrett, who supplies little fresh information but gives off creepy vibes. The clues that the quietly heroic Joe gathers from many disparate witnesses, including his own young daughters and a mentally incapacitated fisherman, may point to the otherworldly, but readers will be well satisfied with the all-too-earthly solution to the bizarre crimes. With its credible and sensitively drawn characters, loads of interesting tidbits about the natural world and timely plot, this skillfully crafted page-turner should have wide appeal.