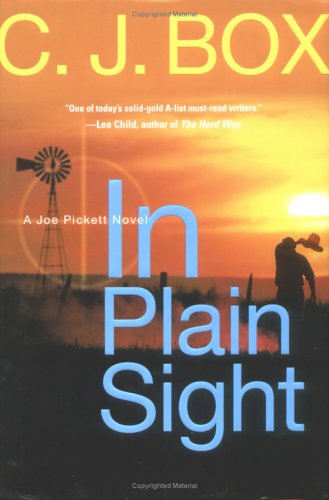 Wyoming Game and Fish warden Joe Pickett—honest, upright and hardworking—tends to attract the meanest villains this side of a spaghetti western, as shown in his sprightly sixth outing in which he and his family become the target of John Wayne Keeley, a misguided, conscienceless killer. In addition, Opal Scarlett, the matriarch of a wealthy ranching clan, is missing, and two of her sons, Hank and Arlen, are fighting over the estate. Joe's daughter, Sheridan, is best friends with Hank's daughter, Julie, which puts Sheridan in danger. As usual, hotheaded Joe is also in trouble with his boss, self-serving Randy Pope. When Joe is pulled off of the search for Opal, he stubbornly follows his instincts rather than orders, bringing down Pope's wrath. Edgar-finalist Box ( ) expertly evokes Wyoming's landscape, wildlife, people and politics. Joe's love for the natural world shines throughout, but his lack of political finesse costs him his job by book's end. Fans will eagerly wait to see how he recoups his fortunes in the next installment.