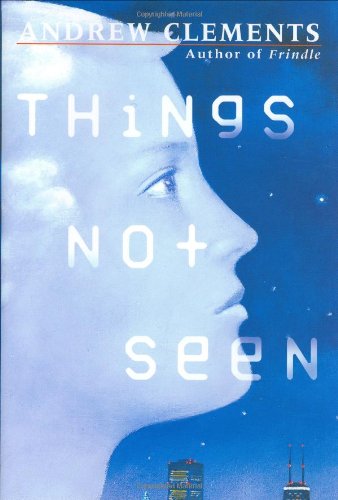 The earnest and likable 15-year-old narrator is the principal thing not seen in Clements's (; ) fast-paced novel, set in Chicago. As the book opens, the boy discovers that he has turned invisible overnight. Bobby breaks the news to his parents who, afraid of being hounded by the media, instruct him to share his dilemma with no one. But when Bobby ventures out of the house and visits the library, he meets Alicia, a blind girl to whom he confides his secret. Their blossoming friendship injects a double meaning into the book's title. As preposterous as the teen's predicament may be, the author spins a convincing and affecting story, giving Bobby's feeling of helplessness and his frustration with his parents an achingly real edge. As his physicist father struggles to find a scientific explanation for and a solution to his son's condition, husband and wife decide that they will tell the investigating truancy officials and police that Bobby has run away. Bobby, however, becomes increasingly determined to take control of the situation—and of his own destiny: "And I want to yell, " Equally credible is the boy's deepening connection to Alicia, who helps Bobby figure out a solution to his problem. Ages 10-14.