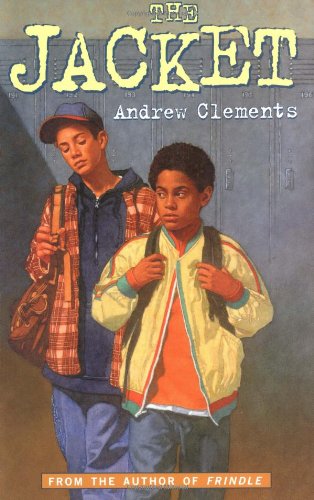 Originally serialized in the , Clements's (; ) brief, instructive tale centers on a sixth-grader who one day realizes that he is prejudiced. When Phil spies Daniel, an African-American schoolmate, wearing a jacket identical to one that his mother bought him in Italy (and that Phil had passed down to his younger brother), he assumes that Daniel has stolen the coat. After tussling in the hall, the two sort things out in the principal's office, where Daniel reveals that his jacket was a gift from his grandmother, Lucy; as it turns out, the woman who for years has cleaned Phil's house is Daniel's grandmother. Learning that the jacket now legitimately belongs to Daniel, Phil questions his actions ("What if Daniel had been a white kid? Would I have grabbed him like that?"). The lad's quandary deepens when he suddenly recognizes that his father is, quite blatantly, a bigot. Though lacking subtlety, the story pointedly delivers a timely message and can serve as a springboard for dialogue about tolerance and self-honesty. Clements makes his point without didacticism—and with just the right amount of emotion. Ages 8-12. (.)