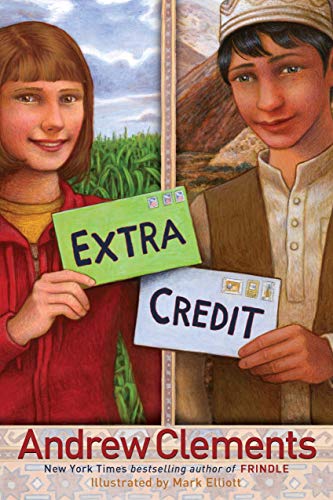 Clements ( ) successfully bridges two cultures in this timely and insightful dual-perspective story. When Abby learns that her teachers want her to repeat sixth grade, the Illinois girl pledges to improve her grades and complete an extra-credit pen pal project. Since her favorite pastime is scaling a climbing wall, she's fascinated by Afghanistan's mountainous terrain and sends a letter to a one-room school there requesting a pen pal. So it will reflect well on his village, the teacher decides that his best student, Sadeed, should reply, but with a letter supposedly written by his sister, since it's deemed improper for a boy to correspond with a girl. In chapters devoted to Sadeed and in his missives to Abby (which he eventually admits he's composing), the sensitive boy shares illuminating information about Afghan beliefs and traditions, as well as his own aspirations. Abby responds with similar candor and the two gain much from their correspondence—as will readers. Clements effectively broadens his canvas in this worthy addition to his oeuvre of school-themed novels. Ages 8–12.