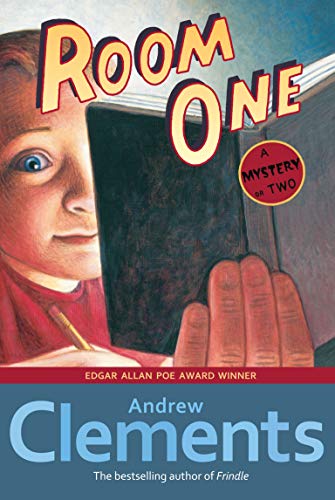 Room One: A Mystery or Two

Clements ( ) introduces 12-year-old Ted, a likable lad who reads multiple mysteries each week—and insists on solving each midway through the book. (Then he reads the second half to see if he was right.) But now the Nebraska boy finds himself surrounded by real-life mysteries. "It's a mystery to me," says his father, wondering how the family will keep the farm if the price of beef continues to drop and the price of fuel keeps rising. And how can Ted's school (which has only nine students in a single room) survive, given the town's shrinking population ("if the school died, the town died too")? The newest mystery plaguing Ted concerns a face he sees in the window of a deserted farmhouse while on his morning paper route. The aspiring detective decides that this is one mystery he intends to solve on his own. Clements threads some authentic, topical themes into the meaning behind the face in the window (concerning the family of a soldier who died fighting in Iraq), and Ted demonstrates not only his intelligence but his compassion as he helps the family in distress, plus the challenges of keeping the family's presence secret in such a small town. Like every good mystery, this one has an unexpected conclusion. Once again Clements captures real people and real issues, as he shapes another fine work of fiction. Ages 8-12.