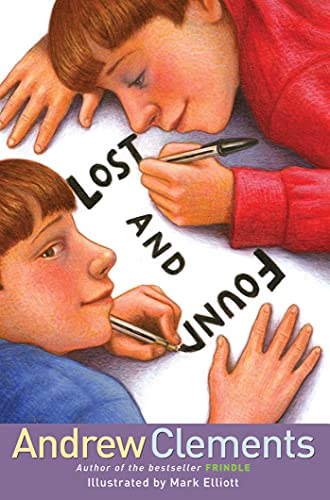 Identical twins Ray and Jay Grayson prepare for yet another year of being perceived as “two peas in a pod, two ducks on a pond, two spoons in a drawer,” when their family moves from Colorado to Cleveland before the start of sixth grade. But when Ray gets sick on the first day of school and Jay discovers that Ray's school records have been misplaced, the two hatch a plan to alternate attendance, at least for the first week or so, and see what it feels like to be viewed as an individual. This slim story has all the elements readers have come to expect from Clements ( ): a school setting, likable secondary characters, supportive adults and a challenge to the audience to see things from a different perspective. While verisimilitude is never a priority in Clements's storytelling, this plot strains more than usual for effect: the Grayson parents seem particularly obtuse to their sons' switches, given how sensitive they turn out to be, and the case against twindom seems heavily (and gratuitously) stacked. The result: an entertaining story in a minor key. Final art not seen by . Ages 8–12.