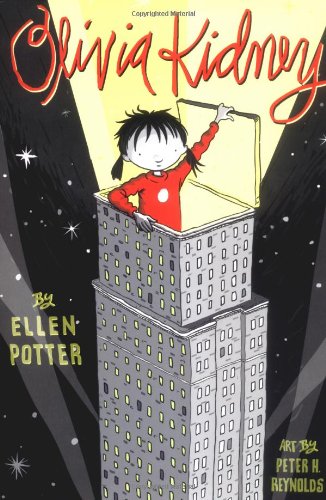 At once exuberant and poignant, Potter's cunningly crafted first novel can be read on a variety of levels. It starts out like a wacky comedy. Olivia has just moved into a Manhattan apartment with her father, the building's new superintendent, their fourth move in two years ("The problem was that George, who was the absolute nicest man in the entire United States, and possibly Canada too, was a terrible superintendent"). Locked out of her apartment one afternoon, the 12-year-old makes astonishing discoveries. The elderly woman down the hall has an apartment made entirely of glass, and she spies on the residents below through her transparent floor. Another woman wears a "shawl" made of live lizards and has, apparently, escaped from pirates, lived on a desert island and is mistaken for a long-missing, Amelia Earhart–type aviator. Olivia also gets dragged to a séance, and she makes friends with a boy whose mother—busy milking the family goat while the boy's 10 siblings play wildly—doesn't quite recognize his name. But just when the tales-within-tales seem incontrovertibly outlandish, Potter picks up the clues she has planted about Olivia's own past and uses the fantasy elements of her story to explore the trouble Olivia has in confronting her losses. Achieving a delicate balance between fantasy and stark reality, the author leaves it to readers to form their own interpretations of Olivia's experiences. A memorable debut. Ages 8-12.