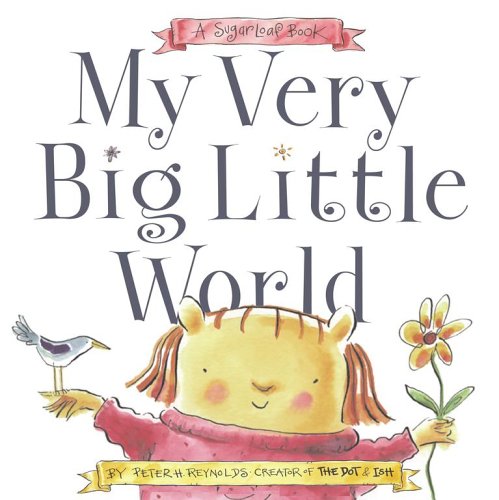 Reynolds ( ) introduces readers to SugarLoaf, so named because at birth, her dentist mother thought she was "as sweet as sugar" while her baker father believed she "felt as warm as a freshly baked loaf of bread." SugarLoaf looks more like a teddy bear than a human girl, yet she leads a recognizably cozy domestic life with her parents, her baby sister, SugarLump ("I used to talk baby talk, so I understand her"), and her older, gearhead brother, Spoke, plus a visiting grandmother with a fondness for orange and an aunt who owns her own construction company. Reynolds blithely skips among the highlights of SugarLoaf's life. Youngsters learn, in what seems to be no particular order, that SugarLoaf gets up early like her Dad (she wakes him up by bouncing on her parents' bed at 5 a.m.), that she's fond of hosting tea parties with her toys and making collages, and that "outside is one of my favorite places." There's occasionally some wry counterpoint between the text and Reynolds's spirited, genial watercolors (SugarLoaf announces, for instance, that she and her dad are "morning people" but Dad snoozes over his coffee while his daughter goes full throttle). While the book feels a bit like a set-up for other stories to follow, readers will likely anticipate more tales about the winsome SugarLoaf. Ages 3-7.