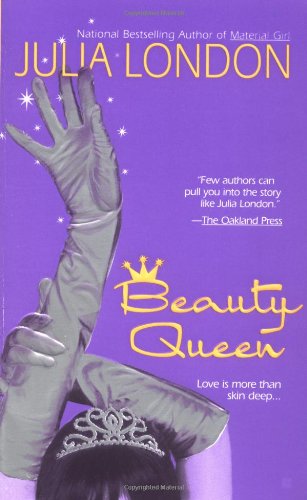 The second installment in London's contemporary Lear sisters trilogy ( , etc.) showcases her talent for depicting the progress of intimacy between two equally strong and unpredictable lovers. As a young woman, Rebecca Lear gave up her dreams of an artistic career to be a dutiful daughter, a beauty pageant queen and a glittering socialite wife. Now, a divorcée with a five-year-old son, she discovers that a life spent meeting others' expectations has left her with no marketable experience and even less self-esteem. She dives into self-help books and searches for a confidence-bolstering job but has little success until she finds a position helping manage Tom Masters's campaign for lieutenant governor of Texas. At campaign headquarters, she immediately butts heads with campaign consultant Matt Parrish, a handsome trial lawyer with a bossy, arrogant demeanor, but as they work on the increasingly problematic campaign, the two find common ground. There's little complexity of either plot or subplot to fill this book's considerable length. But the pace picks up smartly in the later chapters, and the exchanges between Rebecca and Matt are winningly fresh and funny throughout.