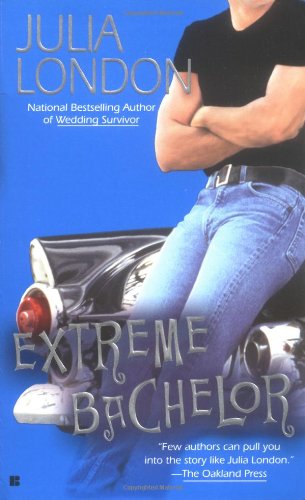 Sexy starlets, serious actresses and hunky stuntmen scramble for love during a film shoot in this fun but predictable contemporary romance from bestseller London ( ). Leah Klein's promising acting career fizzled after the love of her life, Michael Raney, left her suddenly. Five years later, she's struggling for jobs in commercials when she lands the role of Soccer Mom #5 in , a movie that turns out to be stunt coordinator Michael's latest gig. Since seeing Leah in a laxative commercial, Michael can't stop thinking about her; when he arrives on set to find her among a gaggle of his former lovers, he resolves to win her back. Leah, embittered and suspicious, focuses on evading Michael while her fellow "soccer moms" flirt outrageously with him. The plot deepens slightly when Michael reveals that he is a former CIA agent, and that he left Leah because of his job—a claim Leah finds hard to swallow until an enemy from Michael's past reappears, putting them both in danger. Though often resorting to easy clichés (women "cooed like a flock of doves") and outdated jokes (Austin Powers, anyone?), London's story delivers some sensual trysts and funny characters.