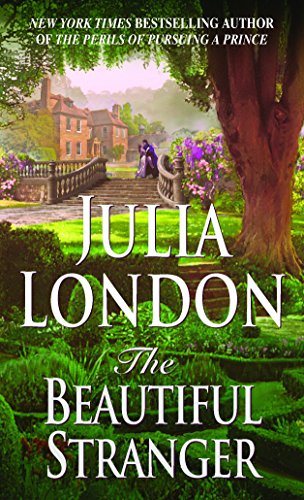 The final installment of London's Victorian-era Rogues of Regent Street trilogy (following ) explores the consequences of living recklessly. Dashing Lord Arthur Christian, the untitled son of the Duke of Sutherland, is attempting to make reparations for his misspent youth. Consumed with guilt over the untimely death of Phillip Rothembow, his friend and fellow rogue, Arthur determines to go to Scotland to settle a debt accrued by Phillip when he invested in a failing cattle farm. In stead, Arthur finds himself lost in the Highland woods, where he meets Kerry McKinnon, a beautiful and resourceful widow who is struggling to save her farm. Arthur is strongly attracted to Kerry, but he finds that winning her heart is easier than winning her hand; Kerry must wed the dim-witted son of one of her creditors or face eviction. Although Kerry and Arthur are well-drawn and engaging characters, the story is muddled by poorly developed secondary characters and a cumbersome plot involving land-transfer, tenant eviction and villainous aristocratic neighbors who will stop at nothing to resolve a debt. London's writing is smooth, and the sensuality quotient here is high, but the book stumbles to a hasty conclusion.