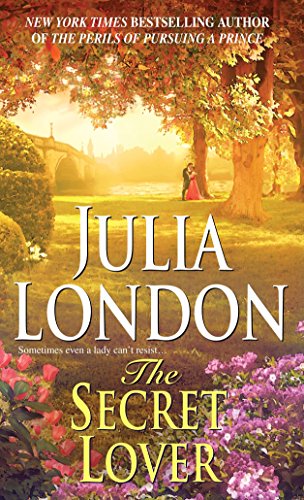 London (, etc.) paints a vibrant portrait of early Victorian-era life in this witty, absorbing offering. After an eight-year absence, plain Sophie Dane reluctantly returns to London, where her name is synonymous with scandal due to her decision to elope against her family's wishes and then divorce her abusive husband not long after. Sophie has come as a companion to her flamboyant friend, Honorine, and though she tries to keep a low profile, she quickly becomes embroiled in a situation fraught with scandal potential. While visiting the park, Sophie befriends Caleb Hamilton, a man of questionable lineage, who lightens her heart. At the same time, Caleb's arrogant half-brother, Trevor, suddenly begins courting Sophie, but his attentions unsettle her, especially when she learns that Trevor has forbidden Caleb from seeing their ailing father, Lord Hamilton. The tempo reaches a gallop when Trevor announces his betrothal to Sophie before even asking her, Honorine whisks Lord Hamilton to his country estate and Sophie and Caleb flee London with Trevor in hot pursuit. London's fast-paced narrative is peopled with colorful characters, but her dialogue can be over-the-top ("Let me breathe you, let me fill my soul with you once more"). Sophie's growth into a strong, admirable heroine is inspirational nevertheless and not without its fair share of thrills.