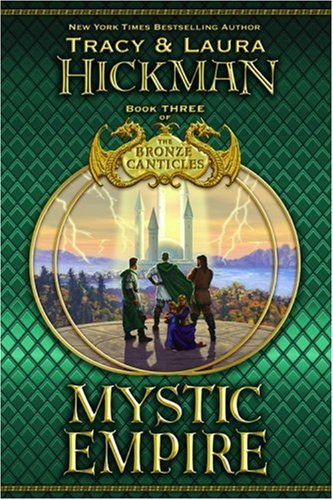 Three worlds collide in the mystical, and sometimes mystifying, conclusion of the Hickmans' Bronze Canticle trilogy, which began with (2004) and continued with (2005). The ancient Bronze Canticles have foretold the violent "binding" of three parallel universes, whose inhabitants—human, fey and goblin—must find a way to coexist peacefully when the gates separating each finally open. Some lyrical writing only partially offsets an inconsistency of tone. The humor and irony in the sections devoted to the goblin empire, the book's most original concept, tends to jar with the more prosaically presented human world, which resembles Tolkien's Middle-earth, and the lovely, sad fey world. Many fantasy fans will find the ambiguous ending a cop-out, though it leaves the door open for further mystical adventures.