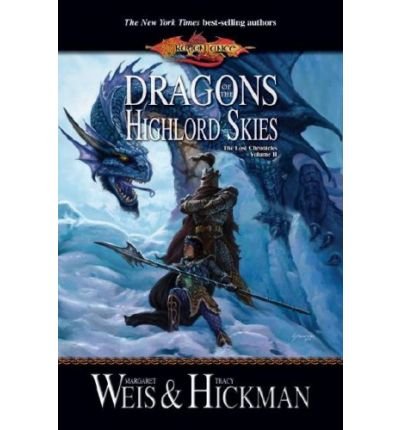 Dragons of the Highlord Skies: The Lost Chronicles, Volume Two

n this enterprising second volume of the Lost Chronicles (after 2006's ), Emperor Ariakis pressures Dragon Highlord Kitiara uth Matar into a plan to make sure the Solamnic knight Derek Crownguard hears about, then quests after a dragon orb recently discovered by Dragon Highlord Feal-Thas. As Crownguard's will is weaker than the dragon essence inside the orb, he will become enthralled to it and compelled to do the bidding of Ariakis. Loathing the task but having no choice, Kitiara treks to Feal-Thas's Ice Palace in the dangerous land of Icereach. As Crownguard and his companions join up with the group of renegades led by Kitiara's rival, Laurana, Kitiara's path takes an unexpected turn, leading her to Dargaard Keep to face the dread Lord Soth. Weis and Hickman have once again produced an entertaining high fantasy adventure.