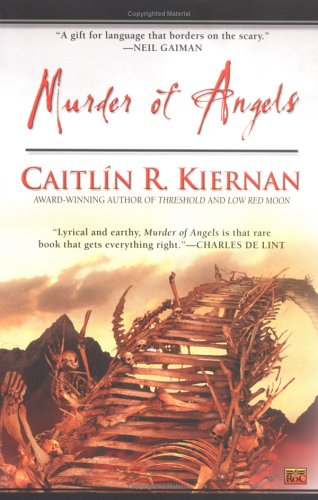 In this stylish sequel to Kiernan's debut novel, (1998), it's been 10 years since a drug-fueled experiment opened a window on an alternate world of horrors that pushed angst-scarred Spyder Baxter to suicide, and its survivors are still reeling from the aftershocks. Daria Parker has parlayed some of her experience into a successful musical career, but her lover, Niki Ky, is wracked by full-blown schizophrenic episodes in which Spyder beckons her from a dimension beyond death. When Niki follows Spyder's instruction to make a fatal plunge from San Francisco's Bay Bridge, she awakens in a gothic realm of death and darkness where she plays a key role in an intrigue Spyder has engineered to draw out a demonic entity known as "the Dragon." Meanwhile, Daria struggles in the world of the living to retrieve and protect an artifact Niki needs to keep horrors in the Dragon's world from erupting into our own. Though the plot often mystifies, the novel's unusual blend of otherworldly and supernatural horror gives it a uniquely weird cast. Kiernan's true achievement, however, is the careful crafting of her mellifluous prose to sustain an intense atmosphere of dread. Dream and nightmare, hallucination and reality, private fantasy and objective experience all merge seamlessly, making this one of the more relentless horror reads of the year.