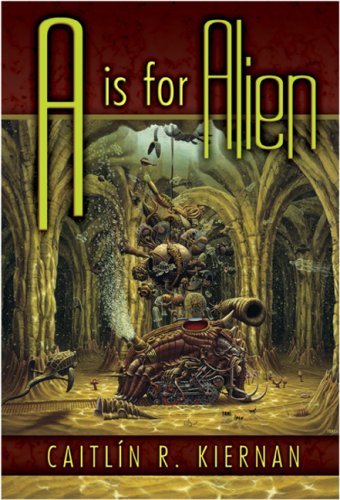 A Is for Alien

Known for dark fantasy that skates the edge of horror, Kiernan ( ) turns to science fiction with equally unsettling effects in these eight stories. The mostly off-screen aliens in “Zero Summer,” “The Pearl Diver” and “Bradbury Weather” seem oddly tentative compared to the fully realized monsters of Kiernan’s fantasy tales, and “Riding the White Bull,” “In View of Nothing” and “Ode to Katan Amano” focus on fraught relationships more than their isolated, almost sterile settings. Fans of Kiernan’s fantasy will be more drawn to two poignant rejoinders to stories of post-human glory: “Faces in Revolving Souls,” wherein a woman is isolated from her smug new culture by surgical rejection, and “A Season of Broken Dolls,” whose nameless protagonist is fascinated and revolted by art made of people.