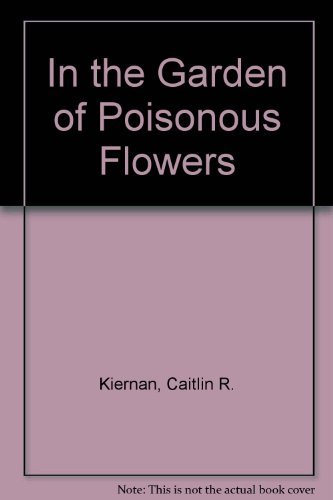 IN THE GARDEN OF POISONOUS FLOWERS

This short atmospheric sidebar to Kiernan's well-received second novel, , succeeds only intermittently. Whereas its predecessor featured an original incarnation of forces that defy comprehension, this novella tries to conjure a sense of ineffable mystery from the unusual juxtaposition of familiar genre set pieces: a nighttime roadside pick-up, a crumbling Gothic mansion populated by a sisterhood of weird southern belles, an imperiled innocent and a magic talisman with immeasurable powers. The thin thread that ties these elements together concerns Dancy Flammarion, an albino orphan with a sixth sense for evil, who's abducted one sultry Georgia night by a carload of vampires and pawned off to spooky Aramat Drawdes, matriarch of Savannah's Stephens Ward Tea League and Society of Resurrectionists. Dancy's weird encounters unfold with the creepy logic of a fever dream. Sketchy allusions to past events suggest an involved backstory whose elaboration might have given the tale's fragmentary moments greater coherence. At best, the novella is a showpiece for Kiernan's unique style, a textured fabric of poetic phrasing, eerie description, graveyard humor and haunting imagery that gives a suggestive contour to every plot strut it covers. Though it shows one of the most powerful imaginations in contemporary horror actively at work, this flight of dark fancy is clearly targeted at Kiernan completists. Illustrations not seen by .

From Weird and Distant Shores