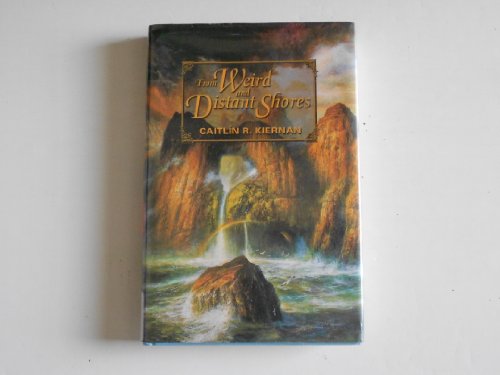 FROM WEIRD AND DISTANT SHORES

Drawn primarily from shared-world anthologies that dominated horror and fantasy markets in the '90s, the 13 stories that comprise Kiernan's latest collection raise intriguing questions about the nature of creative collaboration. Although she acknowledges as silent partners the graphic, gaming and classic horror media that shaped those compilations, the author has such an original and inimitable voice that she virtually steals these stories from their influences. "The Comedy of St. Jehanne d'Arc," one of two selections set in a role-playing game world secretly controlled by a vampire conspiracy, inventively parallels the plight of Joan of Arc to the vampire neophyte forced by her master to speak to the Maid of Orleans in voices. "Stoker's Mistress," set in the same world, shows the creator of Dracula enthralled by a vampire muse who inspires him to write a novel that will deflect mortals from learning the true nature of vampires. Like most of the other selections, these stories stand solidly on their own outside the books that spawned them, in part because Kiernan's focus is not on the minutiae of their prefab universes but on the attitudes and sensibilities of characters caught in their events. Her impressionistic style, built on poetic enjambments of sensory images and moods, proves perfect for rendering the postapocalyptic future of "By Turns" and the alien zombie consciousnesses of "Two Worlds, and in Between." Featuring collaborations with Christa Faust and Poppy Z. Brite, as well as a provocatively opinionated preface, this book should please Kiernan devotees and fans of the worlds she's cohabited.