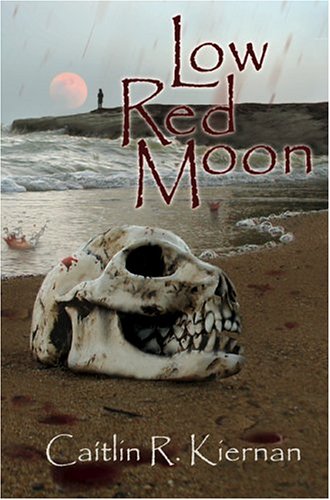 More conventional than (2001), Kiernan's atmospheric tale of cosmic terror, this horror thriller brings back psychic sensitive Deacon Silvey and paleontologist Chance Matthews, now married and expecting their first child. Deke reluctantly applies his psychometric skills at a crime scene and has a vision of an inhuman killer. About the same time, Chance begins hallucinating bleeding stigmata. The ominous significance of these portents come as no surprise to the reader, who has already been introduced, through intercut scenes, to serial murderess Narcissa Snow, a woman of seemingly supernatural pedigree who has fixated on Deke and Chance's unborn child as a blood offering to her gods. The novel unfolds in fast-paced chase sequences, first with Narcissa cutting a bloody swath to the Silvey home, and then with Deke pursuing Narcissa after she's abducted Chance to the place of sacrifice. The author tends to overdo the talk and action, though fortunately not at the expense of her effective evocations of the supernatural. Narcissa is a creature "snared between the unseeing world of men and the unseen world of monsters," and as she pulls characters into her sphere, they experience unsettling glimpses of horrors that lurk just beyond the borders of the ordinary. Vividly described, these moments give the novel unusual power, and make it a memorable expansion of the author's unique fictional universe.

Threshold The Five of Cups