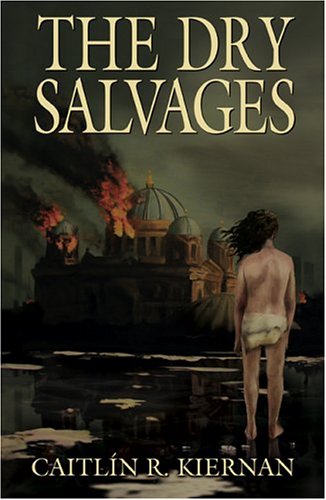 An interplanetary expedition pays an unexpected visit to the dark side of science fiction in this gripping genre-jump by horror specialist Kiernan ( ). In the 23rd century, Earth has just discovered signs of the first nonhuman civilization on Piros, a moon in a star system some 15 light years away. Extrasolar exopaleontologist Audrey Cather and three other crew members of the starship are dispatched to rendezvous with the exploratory ship that made the discovery, but when they make port they find that half the crew has vanished on Piros while those on board are struggling with madness. Something has frightened the scientists to irrationality and driven at least one to spouting portentous passages from Blake's . Suspense mounts excruciatingly as the crew of the hastens to Piros to confront the horror themselves. Echoes of other first-contact stories—from the transcendent to the paranoid gothic cycle—reverberate through the narrative, setting the mood for an eerily unpredictable close encounter. Kiernan also draws on her training as a paleontologist for her rigorously plotted extraterrestrial environments. But this tale's focus is squarely on the human, and it asserts an authority that will convince readers of all tastes that "the alien" is a fundamental fear that can conjure primal horror out of a sophisticated SF setting.