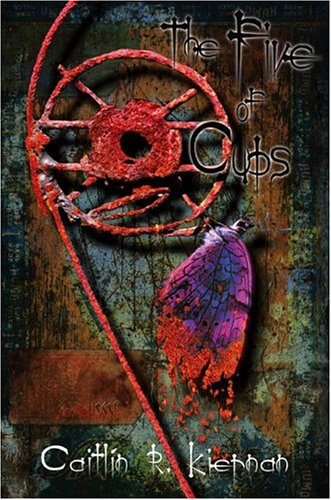 THE FIVE OF CUPS

Despite its excessive gore and tired plot premise, this ambitious "lost" first novel, which Kiernan () wrote in the early 1990s (a fitful process she details in her preface), still mesmerizes. Teenaged Virginia "Gin" Percel is a bastard vampire, accidentally turned and never completely schooled in the ways of the living dead. A strange psychic connection with each of her victims is pulling her close to insanity. Although she despises her "blood father," Jacob Banlin, she is occasionally forced to rely on him. But her rogue status outside the rules of the Consanguine—a vampire ruling body resembling the Mafia—and her frequent bloody faux pas on the streets of Atlanta are making her existence a threat to Banlin and his fellow vampires. There's nothing romantic, heroic or sexy about these vampires. They are cruel monsters, pure predators to whom humankind is merely prey. Before death they had painful, hopeless lives, and immortality has become, for most, only an extended death wish. Although unrelentingly nihilistic, this flawed gem flashes with brilliance. Scene after scene of compelling narrative fueled by anger and angst testify to the author's talent, as do at least three rich characterizations. Fans of Poppy Z. Brite's and Nancy A. Collins's Sonja Blue, as well as some Anne Rice readers, will find this right up their dark alley.