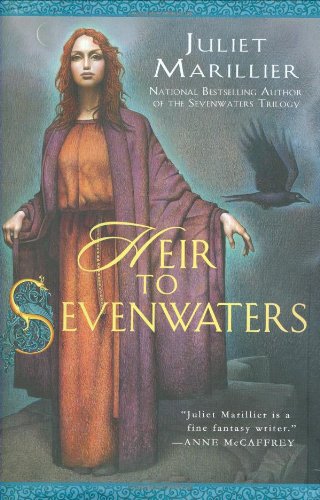 Returning to the land of the Sevenwaters trilogy ( , etc.), Marillier deftly weaves a fey story of human interaction with the Fair Folk. Clodagh, the third daughter of the lord of Sevenwaters, is the practical one who keeps things running while her aging mother awaits the birth of a male heir. At her sister's wedding, she meets rude, closed-off Cathal, one of her cousin Johnny's personal guards. Shortly after, when the Fair Folk replace the newborn heir with a changeling creature, Clodagh and Cathal put their lives and sanity on the line to rescue the child. Marillier's gripping tale of adventure and enduring love bobbles slightly at the start, mostly due to Clodagh's modern attitude and cadence, but slides quickly and assuredly into a grand tale of ancient Erin.