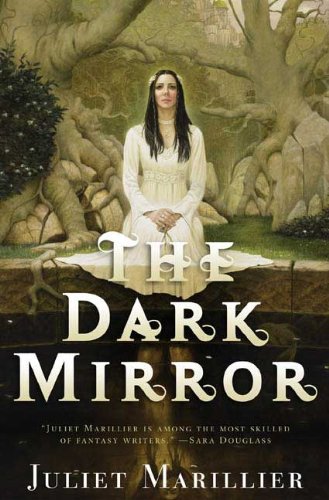 The Dark Mirror: Book One of the Bridei Chronicles

Having given pre-Celtic Scotland a once-over in (2003) and (2004), Australian author Marillier returns with a much more in-depth study that draws on what little history is known and surrounds it with the pretty boy-meets-girl story of Bridei, a boy raised by a group of wily councilors determined to mold him into a king who can reunite their divided land, and Tuala, his fey-born adopted sister who runs wild while he studies and is outcast where he is welcome. No one familiar with the current crop of historical fantasy will be in the least surprised by Bridei's extraordinary ability to command both men and magic, or Tuala's struggle to be accepted as a strong-willed and intelligent woman in an alien and prejudiced society. Yet somehow, carefully rounding her characters and paying exquisite attention to detail, Marillier pulls it off so well that you completely forget you've read essentially the same story a hundred times before. Fans of Judith Tarr, in whose footsteps this tale meticulously treads, will be enthralled, and the happy ending—all too rare in first volumes of series, and only slightly overshadowed by the inevitable dark portents—will encourage new readers to seek out both future installments and past publications.