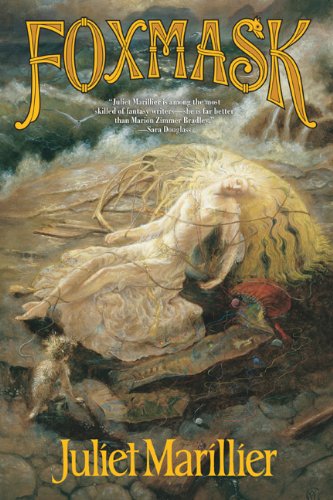 In this captivating historical fantasy, the sequel to (2003), Australian author Marillier sweeps the reader to Dark Age Britain's northernmost islands, where life is hard and opportunistic raiders have forced change on the peace-loving, magic-believing inhabitants. When 18-year-old Thorvald reads a letter from his unknown true father, Somerled, his world collapses. Somerled was exiled forever after slaying his chieftain brother, Ulf. Fearing that he may be subject to the same curse that afflicted his father ("I'm the son of some evil madman, a crazed killer"), Thorvald decides to search for the disgraced Somerled. He persuades his friend Sam the fisherman to transport him by boat to the island where he believes his father to be. Unbeknownst to both Sam and Thorvald, a young woman, Creidhe, stows away on the boat. Creidhe becomes a key player in the stirring events that unfold when they reach the Northern Isles. Though this artful mix of myth and magic starts out a bit slowly, the pace picks up nicely in the novel's second third and barrels onward to a rousing finish.