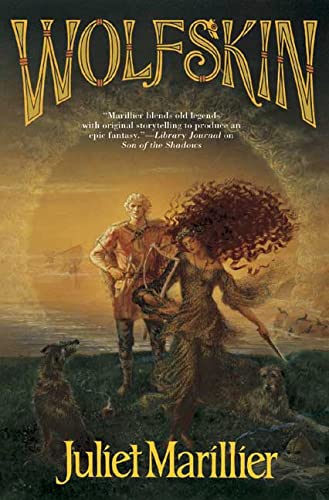 The clash of cultures and the limits of loyalty form the thematic framework of Marillier's compelling new stand-alone fantasy. Readers familiar with the author's Sevenwaters trilogy (, etc.) will feel comfortable with the Dark Ages setting. Young Viking Eyvind dreams of serving the god Thor and the nobleman Ulf as an elite Wolfskin warrior. While training, he's charged with teaching Ulf's prickly younger brother Somerled, and the two become blood brothers, swearing lifelong loyalty. But the oath isn't enough to quiet suspicions about Somerled's ambitions to become a king and the means he might take to accomplish them. The two join Ulf on a voyage to a legendary land, "a place of warm sea currents, of verdant islands and sheltered waterways," home to the peaceful Folk of the Light Islands, ruled by King Engus. Though Engus extends a hand of friendship to the sea rovers, his niece, the young priestess Nessa, has her doubts about the warlike newcomers. When a foreign fever decimates the Folk but leaves the seafarers untouched, the truce begins to unravel. A multilayered plot, intriguing characters and lyrical prose distinguish a novel that, long as it is, never feels padded.