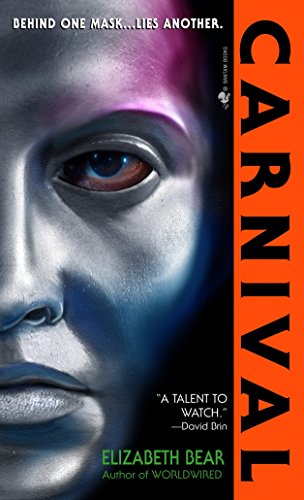 In this enjoyable, thought-provoking science fiction adventure, interspace ambassadors Vincent Katherinessen and Michelangelo Kusanagi-Jones have been sent by the Old Earth Colonial Coalition to the renegade planet of New Amazonia, a planet where women rule and men are kept as worker bees and house breeders. Because Old Earth treats its women as subservient, they have no female ambassadors, but Angelo and Vincent are gay—or "gentle"—and though they are shunned by the dictatorial government they serve, they're the only negotiators acceptable to the Amazonian rulers. The two men arrive ostensibly to return stolen art, a show of goodwill that will hopefully reopen long-stalled diplomacy between the two governments. In truth, they have been sent in an effort to secure, by any means necessary, the secret to the mysterious power source that runs Amazonia. Playing the deceitful powers against each other, however, Angelo and Vincent are really working toward an agenda of their own, one that will decide the fate of humanity itself. Like the best of speculative fiction, Bear has created a fascinating and complete universe that blends high-tech gadgetry with Old World adventure and political collusion.