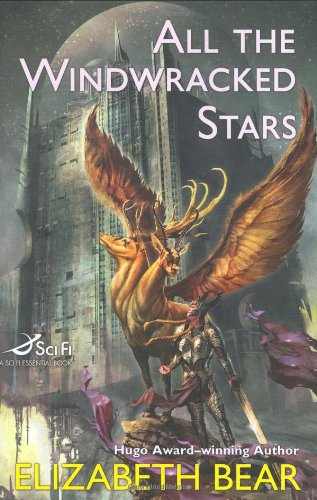 Hugo winner Bear ( ) perfectly captures the essence of faded hopes and exhausted melancholy in this postapocalyptic melodrama based loosely upon Norse mythology. On the Last Day, the historian Muire fled the battle, leaving her sibling Valkyries to die. More than 2,300 years later, only a single city, Eiledon, has survived as the dying world slowly turns into ice. Ashamed of her cowardice, Muire now vows to keep the last humans safe, but as she slowly pieces together the horrific truth behind the magic that has kept Eiledon standing, she must decide whether it's worth the price. Readers will be captivated by Bear's incredibly complex, broken characters; multilayered themes of redemption; and haunting, world-breaking decisions. While stilted prose slows the beginning of the tale, its finale is both rewarding and compelling.