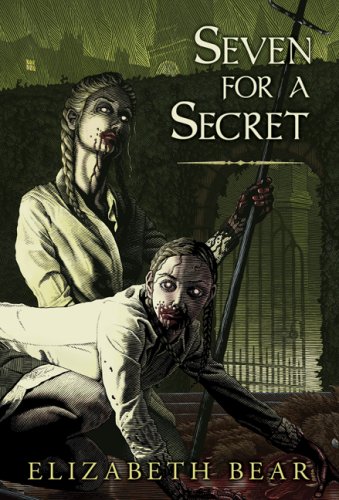 Hugo-winner Bear’s sequel to 2007’s will please fans of the earlier book, a series of alternate history novellas. Lady Abigail Irene Garrett and wampyr Don Sebastien de Ulloa resurface in a 1938 London that has been under German rule for over a decade. With the British king in exile in the Americas and the German Chancellor gathering a force of werewolves, the amateur detective duo plan to use magic to defeat the occupation. While other writers might have used the concept for a lengthy novel, Bear’s decision to keep the story short lets her easily maintain suspense, and her superior prose will engage the interest of both new readers and fans of Abby and Sebastien’s earlier exploits.