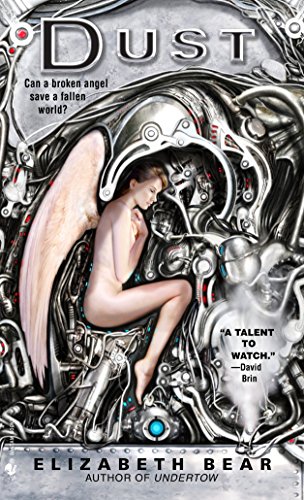 Bear proves there’s still juice in one of science fiction’s oldest tropes, the stranded generation ship, in this complex coming-of-age tale. Rien, a handmaid in a feudal society, must care for the prisoner Ser Perceval—a mutilated enemy who Rien discovers is her half-sister by an absent scion of the ruling family. Their quest for a safer home tangles with their society’s own quest for safety, as the descendents of an artificial intelligence and the genetically engineered crew battle for control to save the ship from an impending supernova. Standard plot devices litter the familiar landscape: tarot, pseudo-angels, named swords with powers, and politics as a family quarrel. But Campbell Award–winning author Bear uses them beautifully to turn up the pressure on her characters, who r respond by making hard choices. And—as she did in and —Bear breaks sexual taboos matter-of-factly: love in varied forms drives the characters without offering easy redemption.