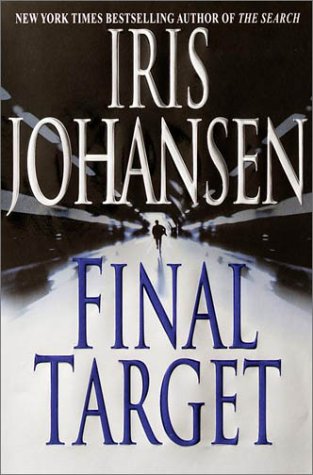 At the center of Johansen's latest suspense thriller (after ) is the Wind Dancer, a priceless gold statue of the winged horse Pegasus. The statue has been in the Andreas family since the fall of Troy and now, centuries later, U.S. President Jonathan Andreas is in Paris to lend the family heirloom to a museum. On the night of the ceremony, his daughter, seven-year-old Cassie, is awakened at the family's farmhouse in the south of France by masked men who murder her nanny and her nurse, intent on kidnapping Cassie and ransoming her in exchange for the Wind Dancer. Cassie is saved in the nick of time by the arrival of Michael Travis, international underworld information dealer, but eight months later, the child is being treated in the Virginia home of psychiatrist Dr. Jessica Riley and Jessica's psychically extrasensitive sister, Melissa, for severe catatonic trauma. She hasn't spoken a word since the raid and has retreated into an imaginary tunnel where the Wind Dancer rescues her from pursuing monsters. Michael Travis then reappears and lures Cassie and the Riley sisters into a web of intrigue, taking them to Amsterdam, Paris and eventually back to the scene of the crime. There's a lot going on here, what with the telepathic dream sequences, a demented art fanatic determined to steal the statue, a subplot involving the Russian diamond cartel and the romantic tension between Melissa and Travis. Johansen's fans will enjoy the swirling plot lines, staccato dialogue and abrupt scene shifts that mark her style.