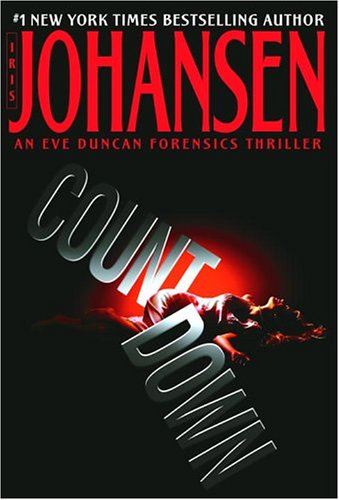 Prolific bestseller Johansen subjects gutsy Jane Maguire to more troubles in her latest thrill ride. Jane, the adopted daughter of forensic sculptor Eve Duncan, was threatened by one serial killer in 1999's and another in 2004's , so it's no surprise that she's in danger again. The once troubled adolescent is now a brilliant Harvard student and talented artist who spends her summers at far-off archeological digs in Pompeii and Herculaneum, but she's still haunted by her resemblance to Cira, a woman who lived 2,000 years ago in the latter city. Suddenly she's being ambushed in alleys. Does the attempted kidnapping have something to do with 's climax, in which Eve; her husband, Joe Quinn of the Atlanta PD; soldier of fortune Mark Trevor; and Jane, the bait, triumphed over the psychopath who was killing women who looked like Cira? You bet it does, as Trevor turns up in Cambridge, enigmatic but still definitely magnetic, determined to protect Jane from danger due to new developments regarding Cira, "the femme fatale of the ancient world." Seems all kinds of notorious criminals are after Cira's lost gold, but some people have mass murder on their minds. Action, romance, castles, bomb plots and a booby-trapped hideaway in snowbound Idaho—what more could Johansen fans want?