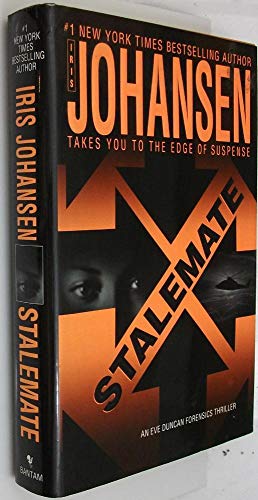 In the latest Eve Duncan forensics thriller from bestseller Johansen ( ), the Atlanta-based forensic sculptor with an international reputation finds herself attracted, not always convincingly, to a sleazy manipulator. Duncan, who specializes in reconstructing facial features from skulls, has buried herself in her work since the disappearance and presumed death of her seven-year-old daughter, Bonnie, years earlier. That still-open wound is probed with sadistic skill by Luis Montalvo, a shady Colombian arms dealer, who offers to solve the mystery of what happened to Bonnie if Duncan agrees to attempt a reconstruction from a skull Montalvo believes was his late wife's. Despite the misgivings of her former husband, an FBI agent, Duncan accepts, and soon finds herself dodging bullets in a war between Montalvo and a drug lord rival in the Colombian jungle. Despite a shortage of the sort of meaty science that, say, a Kathy Reichs thriller typically provides, Johansen's faithful audience should be satisfied.