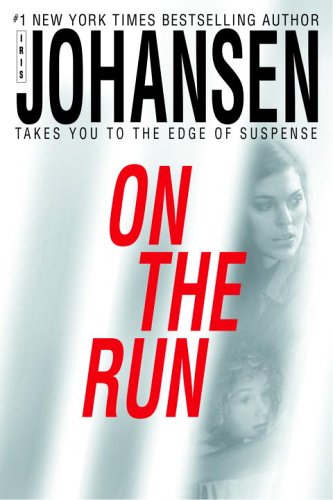 A single mom and gifted horse handler, Grace Archer goes on the lam with her equally exceptional eight-year-old daughter, Frankie, after a Middle Eastern magnate named Marvot kills the owner of the Alabama horse farm where they have been hiding under the watchful eye of Grace's former employer, the CIA. Johansen ( , etc.) blends action, suspense and family values as Frankie's father, ex-CIA commando Jake Kilmer, comes back into Grace's life to protect her and the child he has never known. Grace blames Jake for her father's death and the end of her career, but there's no one else she trusts against Marvot, who wants her to train his lethal blue-eyed Arabian stallion and mare, known as the Pair, to lead him to treasure buried somewhere in the Moroccan desert. The novel starts off with guns blazing and doesn't slow down for murder, kidnapping, blackmail, sex or sandstorm. Johansen borrows openly from the movies Hollywood thinks women love (Grace talks to horses, though she balks at being called a horse whisperer), crafts family scenes (Marvot playing chess with his son; the Pair with their colt) and offers a mother and father who defend the world from criminals while yearning for domestic tranquillity. The Johansen formula works so well in this novel that readers may expect a sequel.