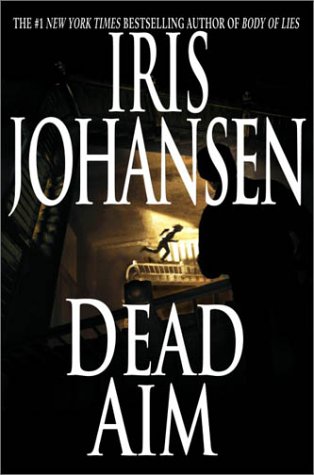 Heavy on verbs, light on adjectives, Johansen's latest fast-moving thriller offers lots of cinematic action, if not much to contemplate or savor. On assignment at a dam collapse in Colorado, photojournalist Alex Graham overhears a conversation between the conspirators who caused the collapse, which they disguised as an act of nature. When they realize that Alex has heard them, they go after her, and soon Alex's friend, Sarah Logan, is wounded in an attempt on Alex's life. Sarah's husband, John, a billionaire with political connections, believes he must hire someone to keep Alex safe. His contact is a man called Galen, a shadowy government operative, who in turn contacts Judd Morgan, a former military assassin who's been deep undercover. Knowing that Alex won't leave the dam mystery alone, and wanting to keep his own wife out of harm's way, John authorizes Judd to kidnap Alex and take her to a safe location. Alex persuades Judd that the dam collapse was a deliberate act, and that more sites are slated to be destroyed. The two team up to learn the identities of the conspirators, who appear to have ties to the FBI and the CIA, as well as to an assassin called Runne, who has his own agenda, and a Central American terrorist ring. There are chases and narrow escapes aplenty as Alex and Judd save the country—including the president himself—from violent mayhem. Some of the characters in Johansen's crowded cast remain murky, but the nonstop action and slick plotting won't disappoint.